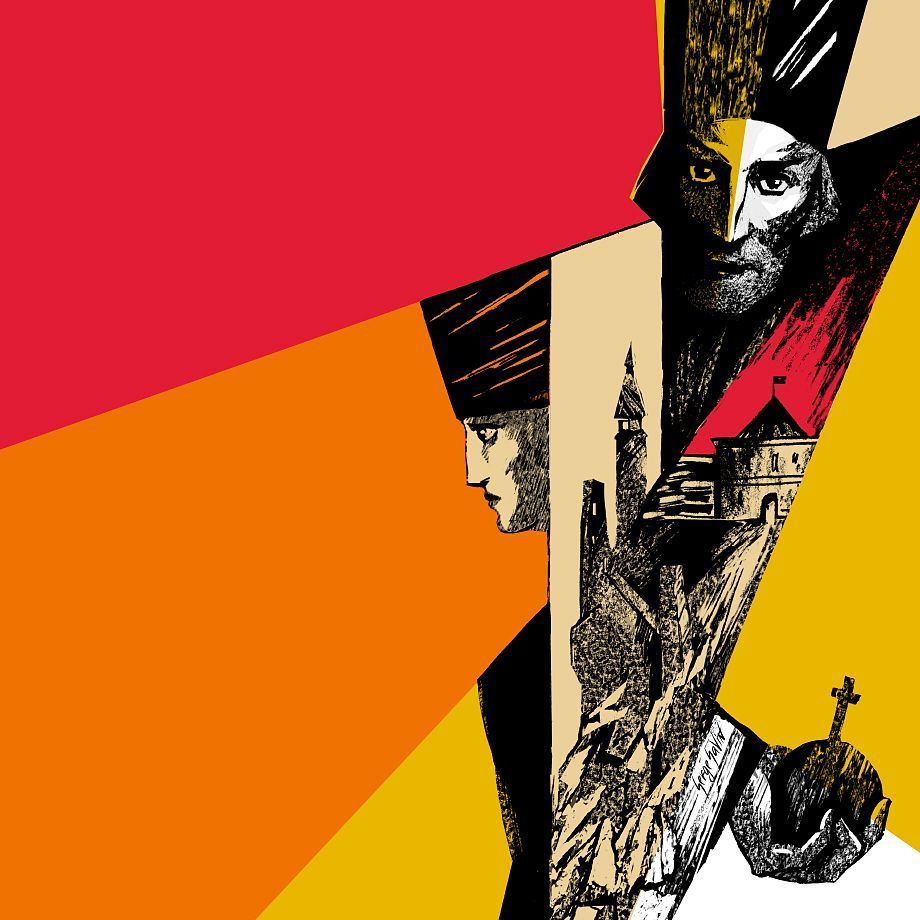 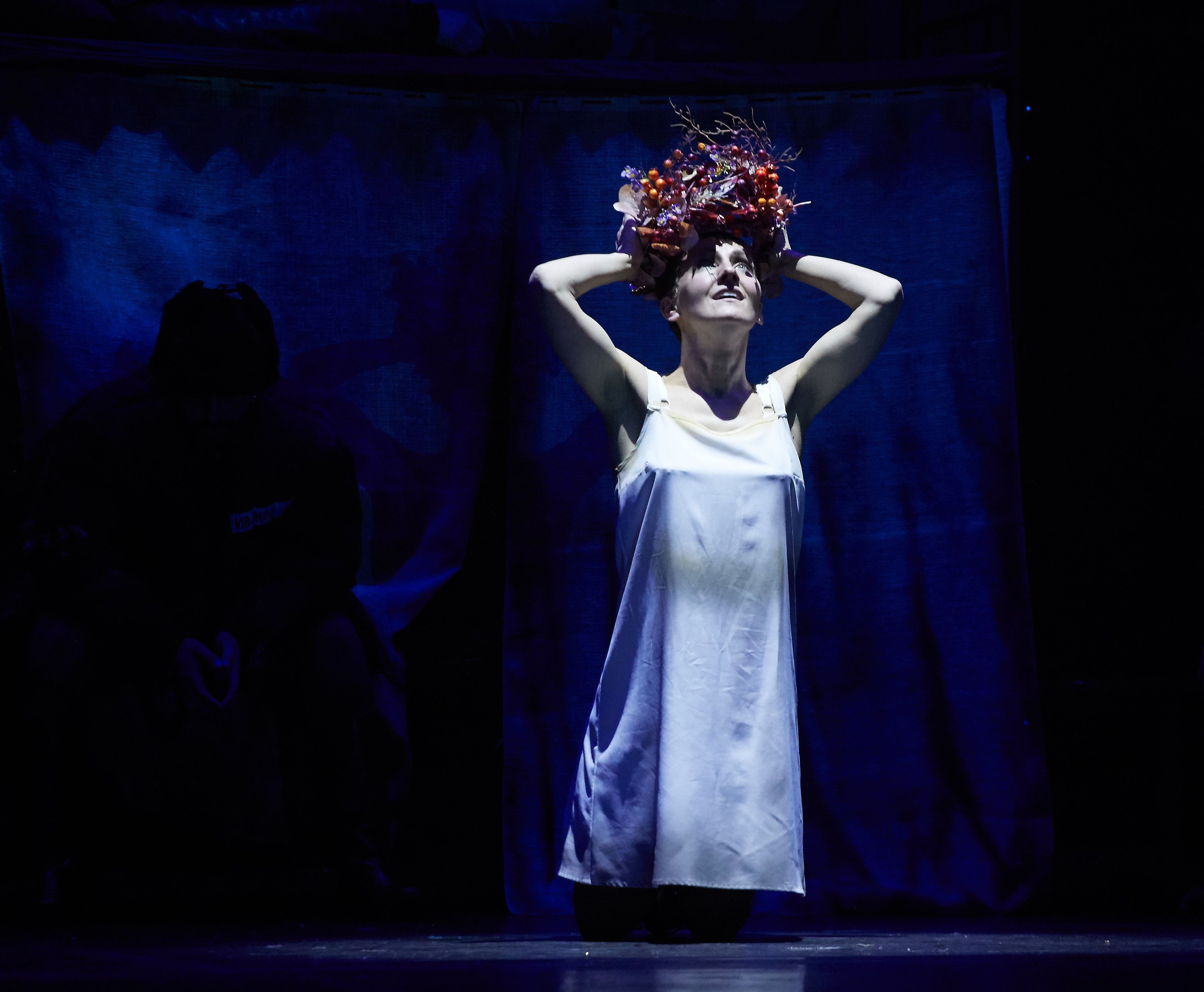 I know of no other such country…
Theatrical fantasy in two parts
16+
The theatrical fantasy of the theatre's artistic director Yuri Alexandrov was based on two famous cycles “From Jewish Folk Poetry” and “Russian Notebook”.
More Esmeralda
Romantic drama in two acts
16+
The author of the famous Rusalka at the beginning of his career dreamed about creating great romantic opera.
More 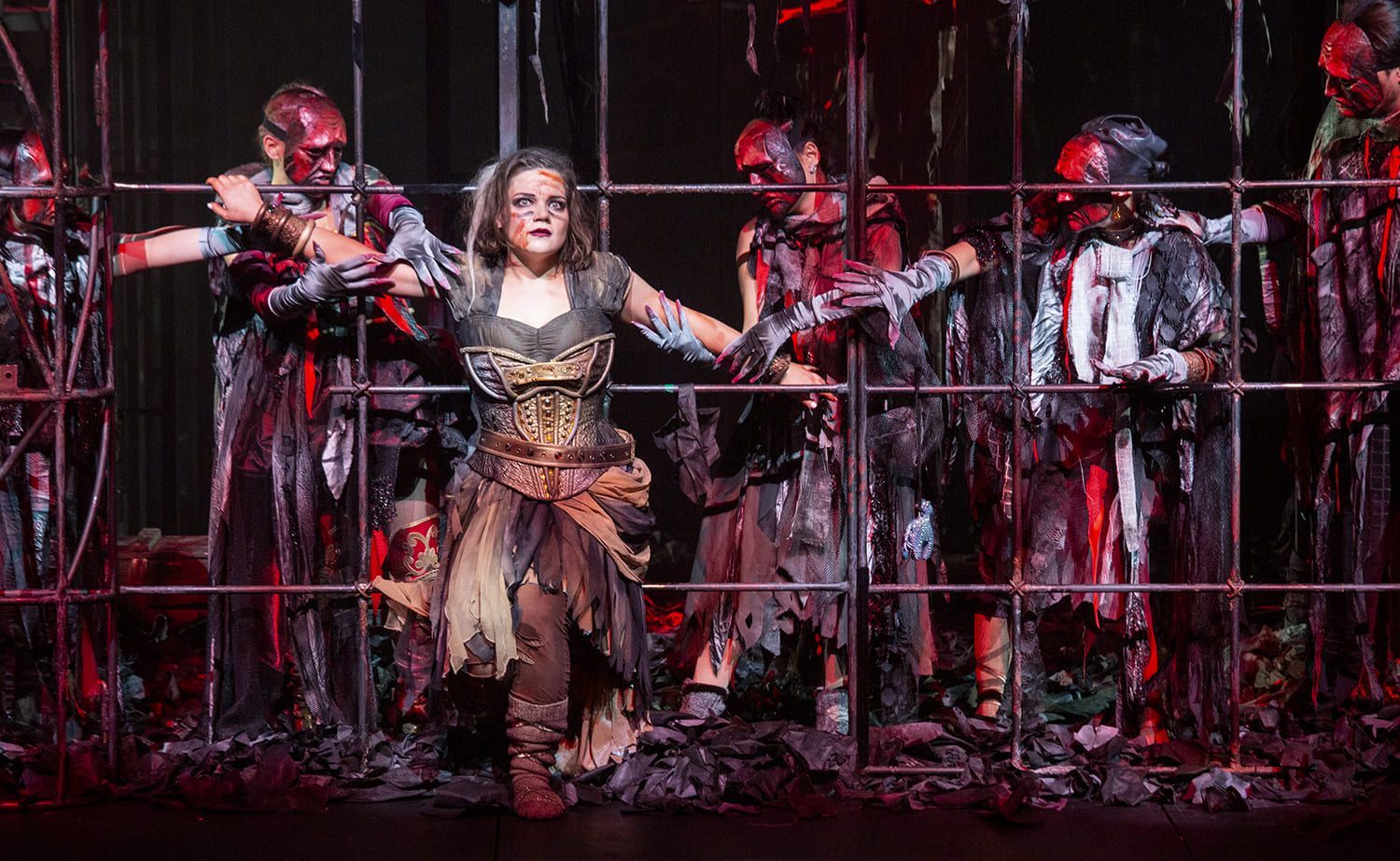 La traviata
Opera-fantasy with one interval
16+
The legendary production of the St. Petersburg Opera brings the time of Verdi’s masterpiece to the modern world.
More 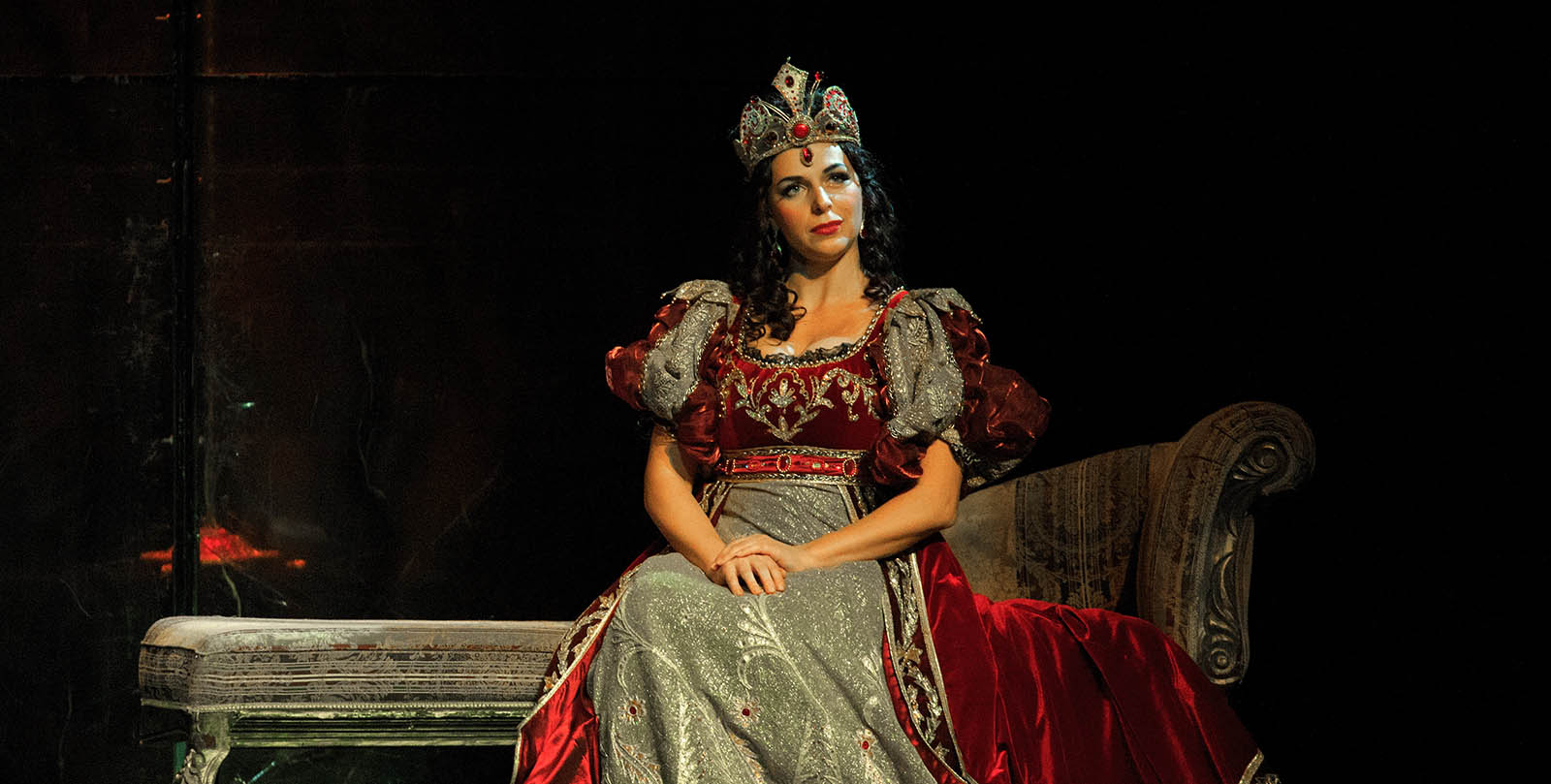 Tosca
Opera drama in three acts
16+
Tosca staged by Yuri Alexandrov is a timeless story about everyone who plays, writes and composes.
More

Cavalleria rusticana
Musical drama
16+
The performance was awarded the Highest Theatre Award of St. Petersburg “Golden Soffit”
The drama of feelings is expressed by the composer in a naturalistically truthful and powerful way.
More

The Barber of Seville (Il barbiere di Siviglia)
Comic opera in two acts
12+
The artistic director Yuri Alexandrov, known for his extraordinary reading of opera scores, this time staged the opera in the “classical style.”
More 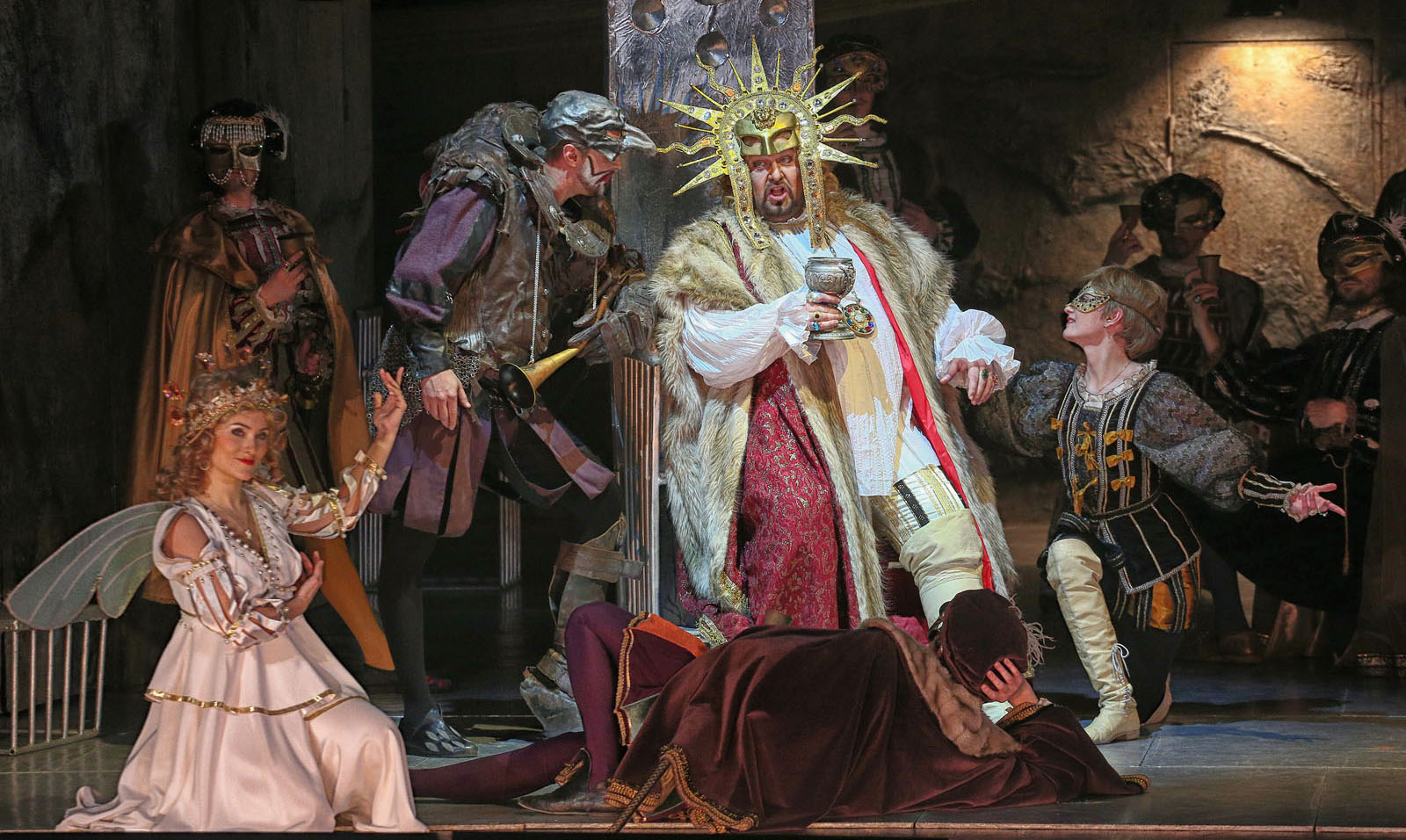 Rigoletto
Musical drama in three acts
16+
Verdi himself believed that the plot of Rigoletto, borrowed from The King amuses himself, drama by Victor Hugo.
More

Offering to the theater
More

The Rape of Lucretia
Musical tragedy with one interval
18+
The opera is performed in English, conveying the poetic beauty of Britten’s amazing music.
More 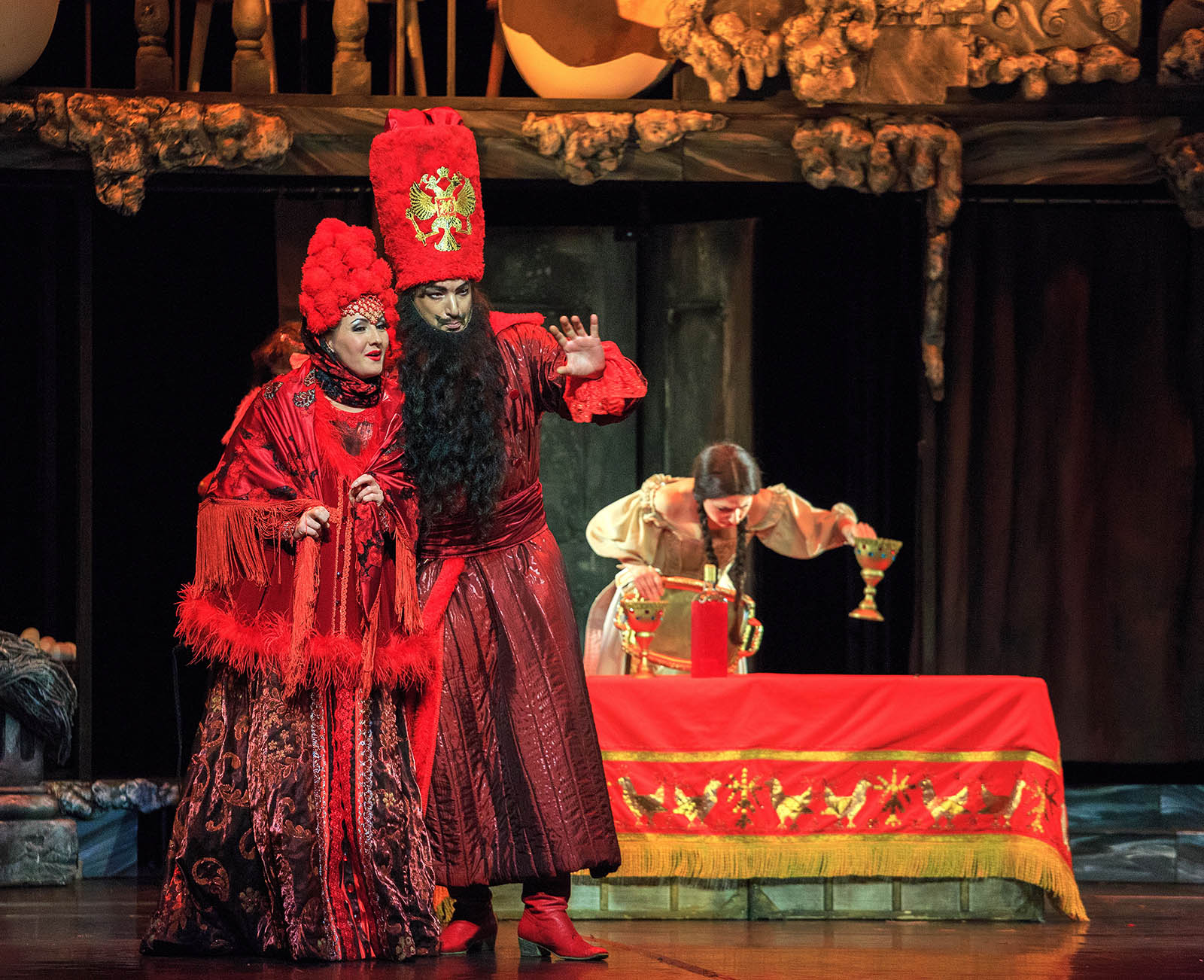 Peter the Great, or The Incredible Adventures of the Russian Tsar
Comic melodrama in two acts
16+
The opera was presented in the Theater San Samuele in Venice during the carnival of 1819.
More

Pagliacci
Opera farsa in two acts
16+
The director offers a unique version of one of the most popular operas that invariably touches human hearts with its bright love drama.
More 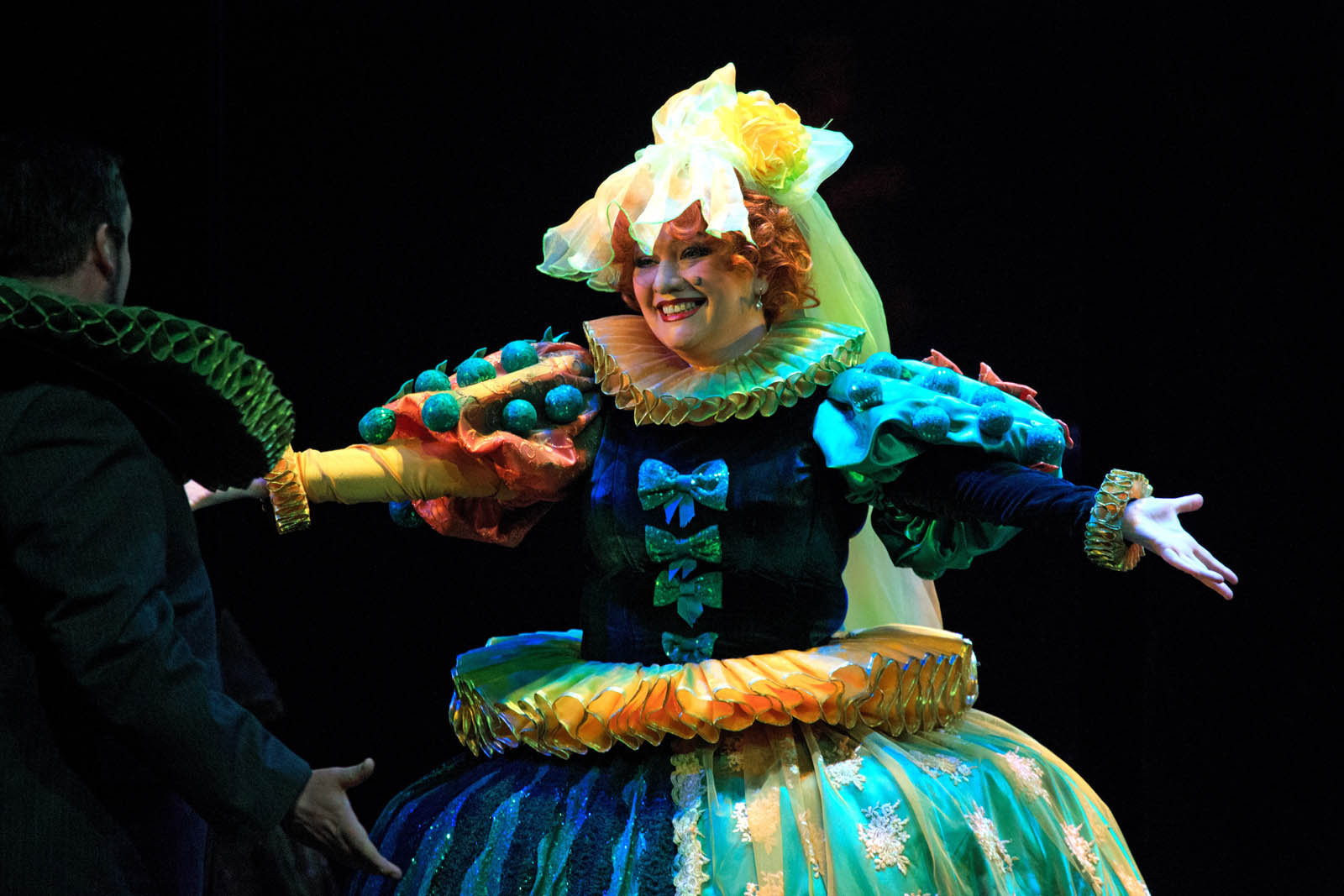 Norma
Romantic drama in two acts
16+
The viewer an opportunity to look at the classics from a new perspective, to see the feelings of the characters as close to the present as possible.
More Not Only Love
Lyric opera in two acts
16+
The production is the Laureate of the Highest Theatre Award of St. Petersburg “Golden Soffit” in the 2013-2014 season as Best Opera Production.
The premiere of Not Only Love by the famous composer Rodion Shchedrin was a landmark event in St. Petersburg.
More

Madama Butterfly
Japanese tragedy in three acts
16+
Madama Butterfly has been on the playbill of the world opera houses for more than a hundred years.
More 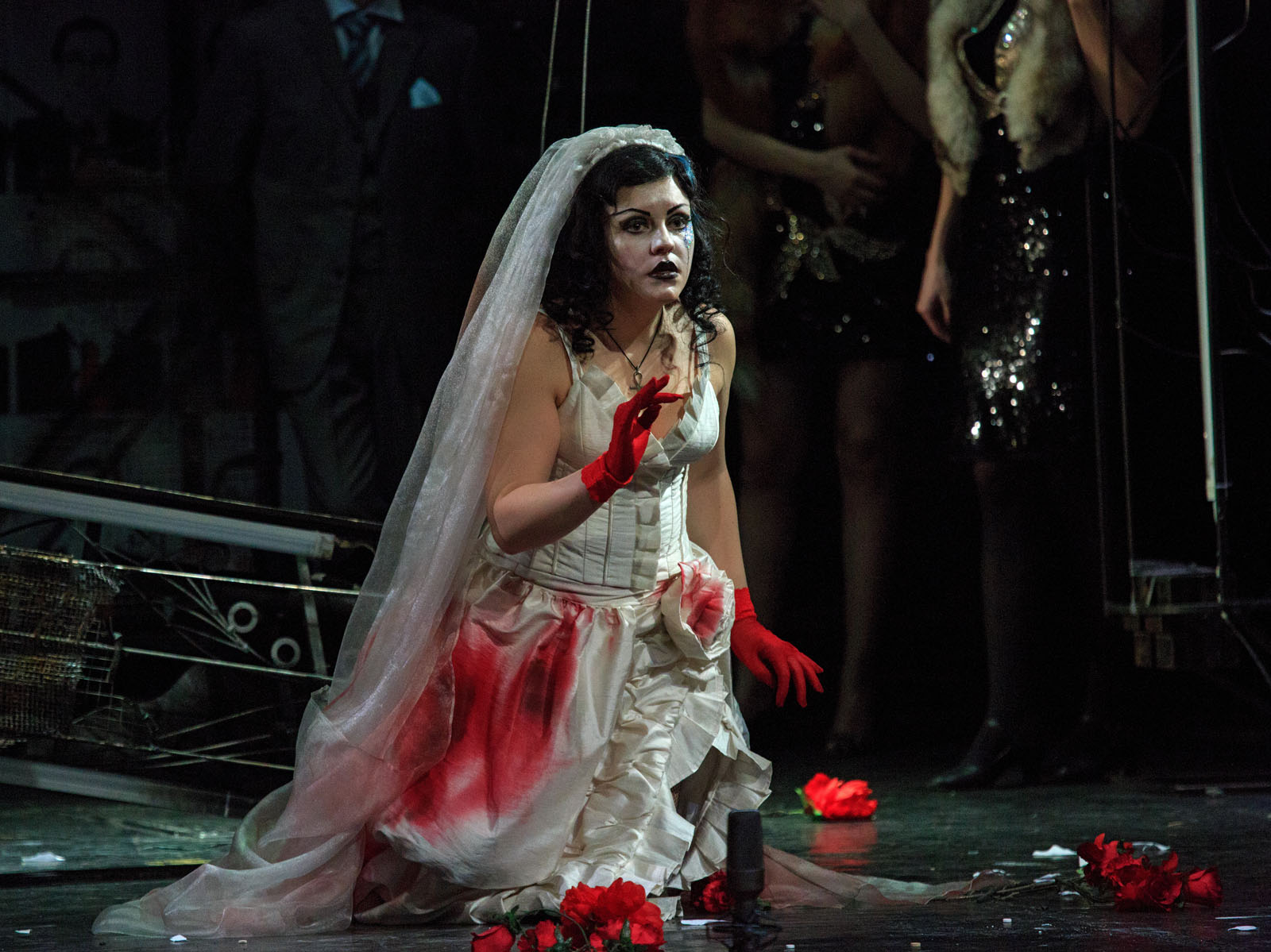 Lucia di Lammermoor
16+
The St. Petersburg Opera offers the audience a modern interpretation of the Gothic drama and opera by Gaetano Donizetti.
More

The Elixir of Love (L’elisir d’amore)
Comic opera in two acts
16+
The famous legend of Tristan and Isolde is elegantly played in the libretto.
More

The Bat (Die Fledermaus)
Classical operetta in two acts
16+
The operetta is engaged with heady atmosphere, it is impossible not to “fall in love at first sight” with it.
More

The Bells of Corneville (Les cloches de Corneville)
Romantic operetta in two acts
12+
A significant place in the repertoire of the St. Petersburg Opera is taken by the cycle called “Operetta in the Opera House”.
More

The Pearl Fishers (Les pêcheurs de perles)
Opera fantasy in two acts
12+
It was the first opera commissioned to the young composer by Theatre Lyrique, the main theatre of the French capital in the middle.
More 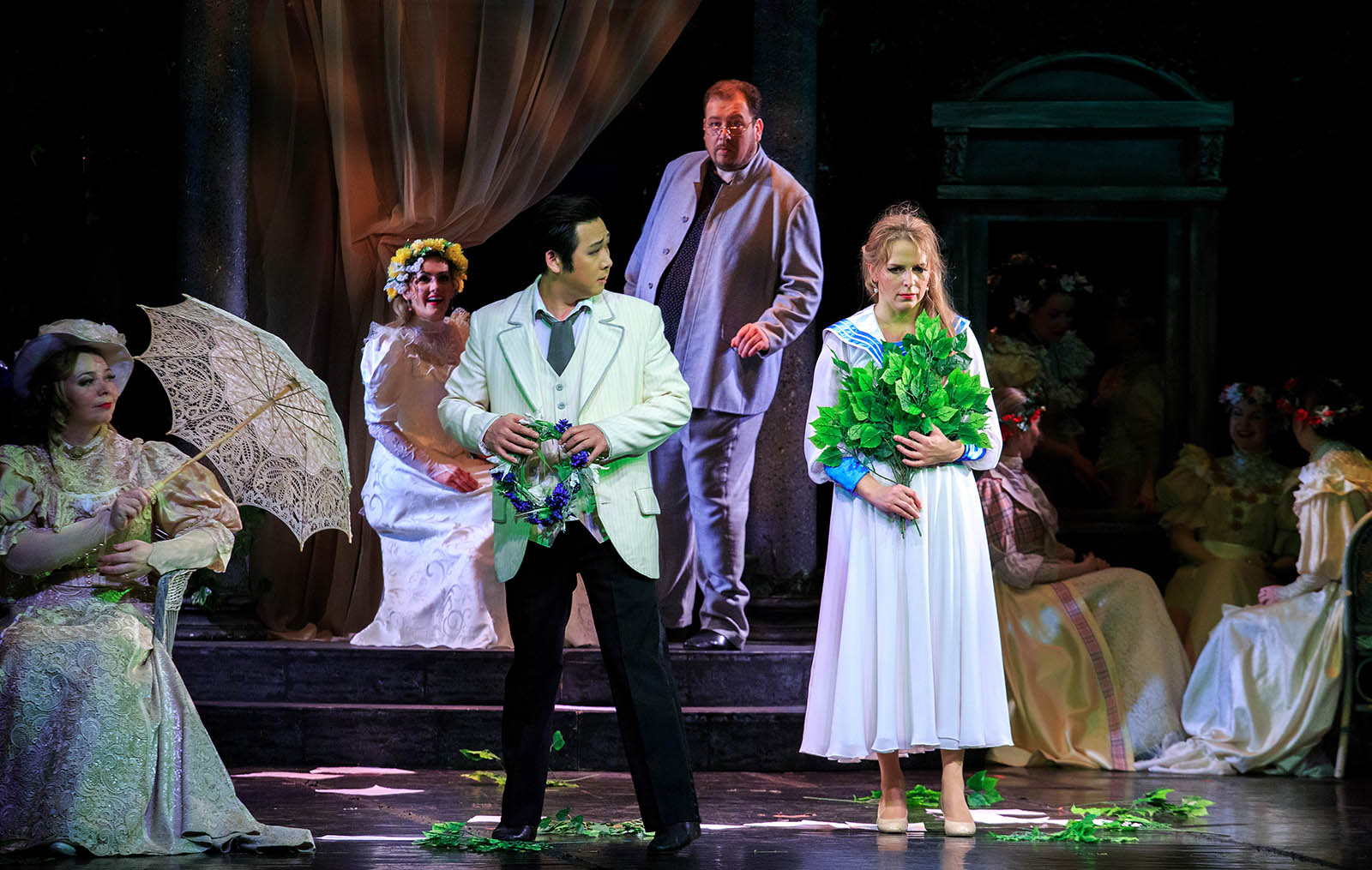 Eugene Onegin
Lyrical scenes in seven episodes
16+
Closing of the 35th season
The performance by Yuri Alexandrov gives the audience a new look at the familiar plot of the most popular Russian opera.
More 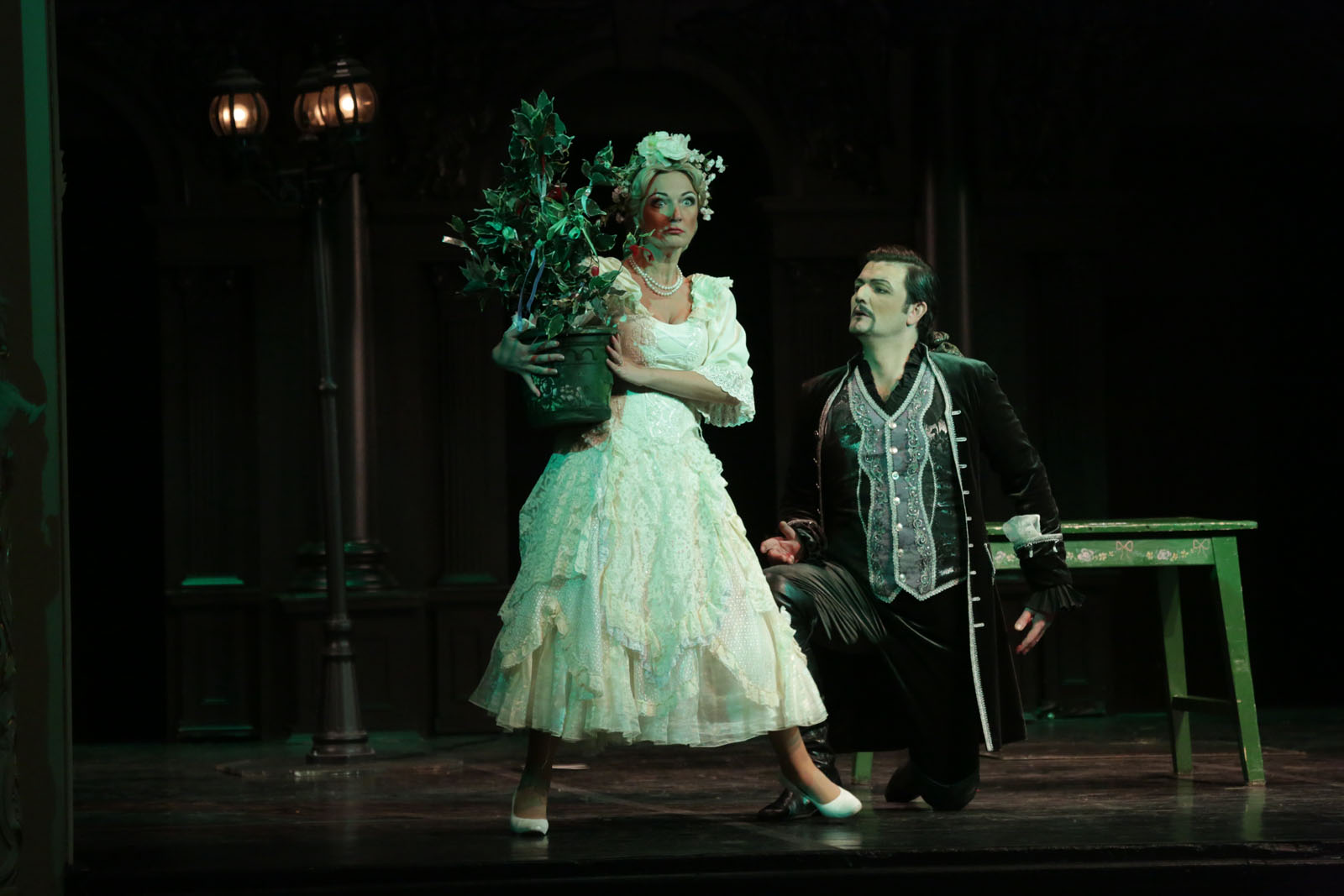 Opera Gala
Gala concert with surprise intermission
12+
Opera Gala in the St. Petersburg Chamber Opera is a celebration of music and theater, a parade of young opera stars.
More