The charm of the Charles Perrault’s fairytale, full of tenderness, wittiness and French elegance. 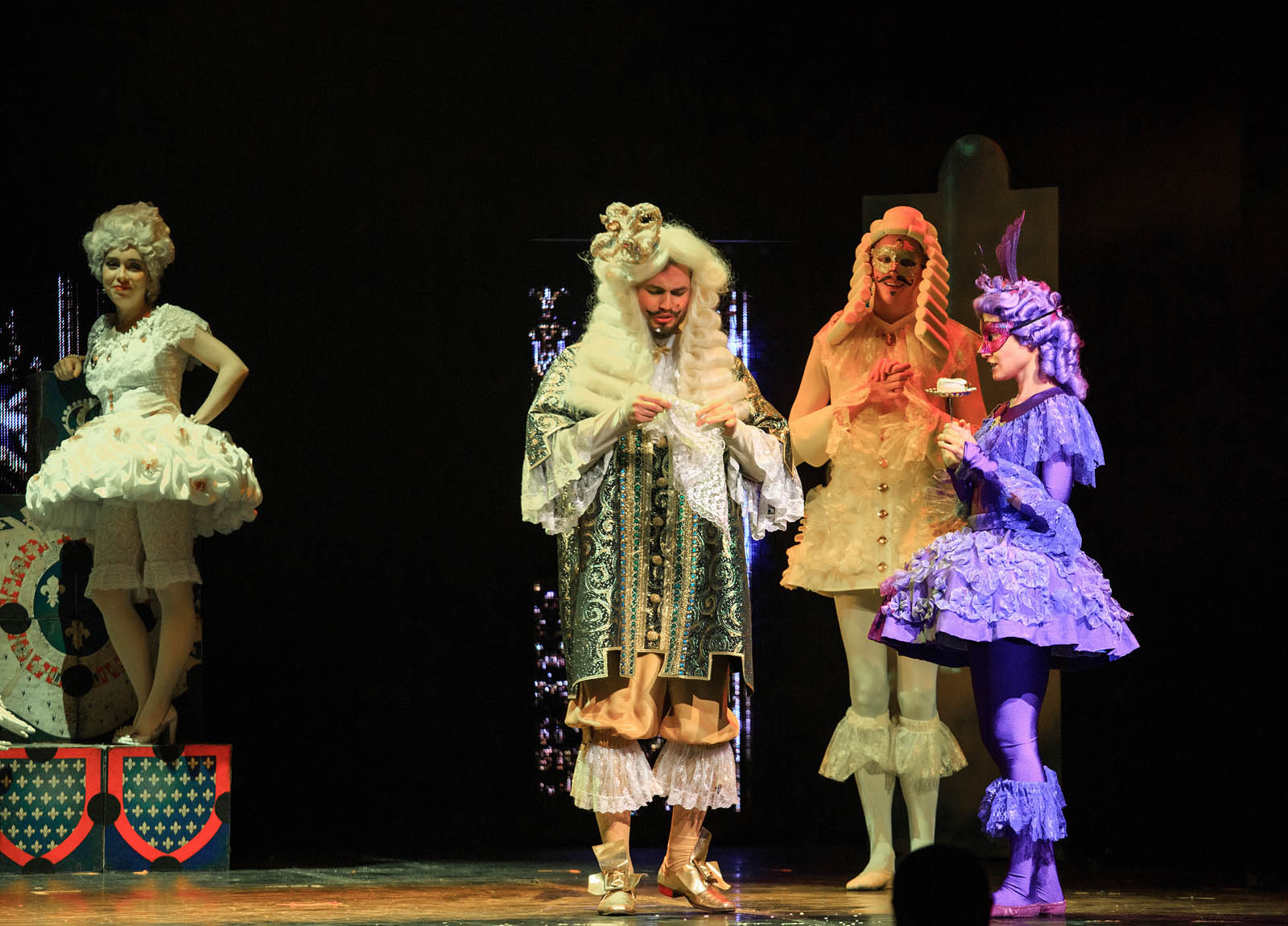 Librettist — M. Lvovsky based on the tale by Charles Perrault 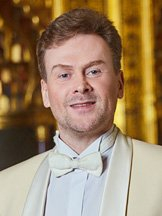 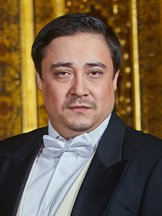 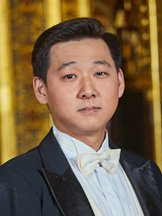 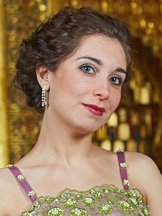 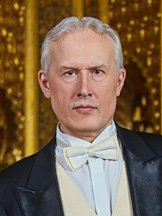 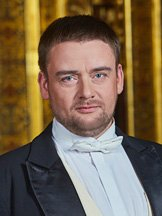 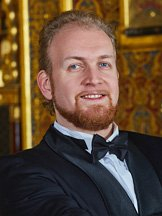 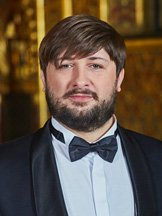 Efim Rastorguev
Jean, youngest son of the miller; he is the Marquis de Carabas 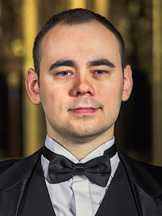 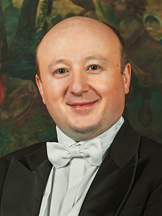 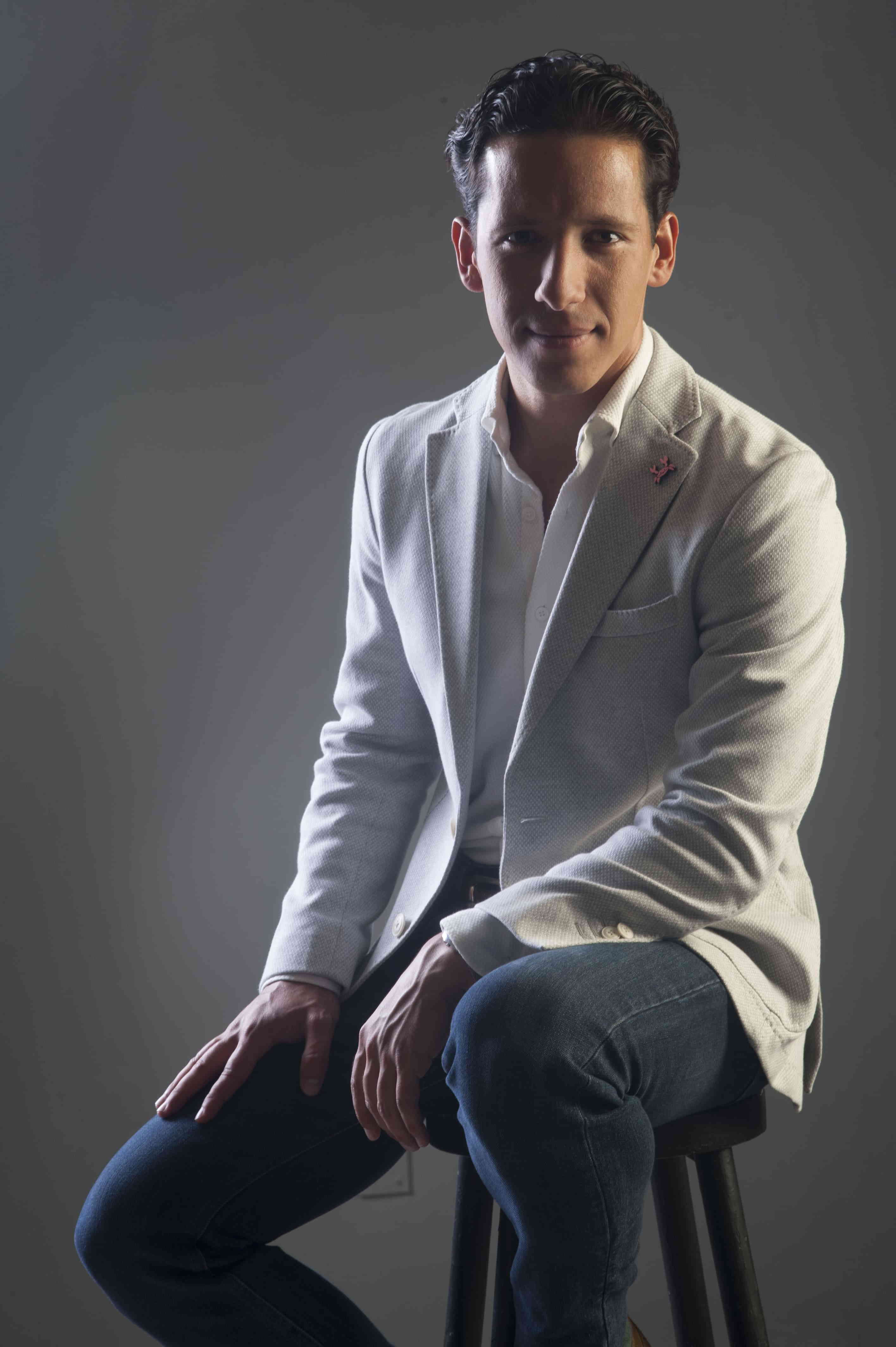 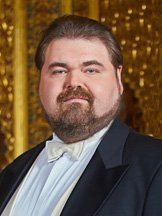 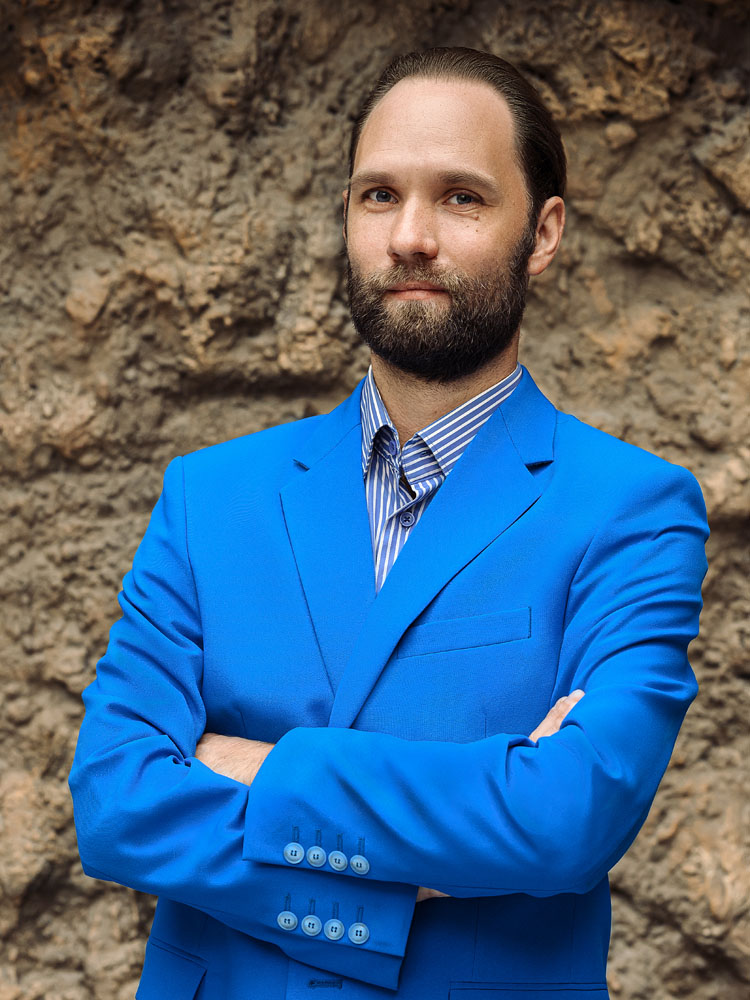 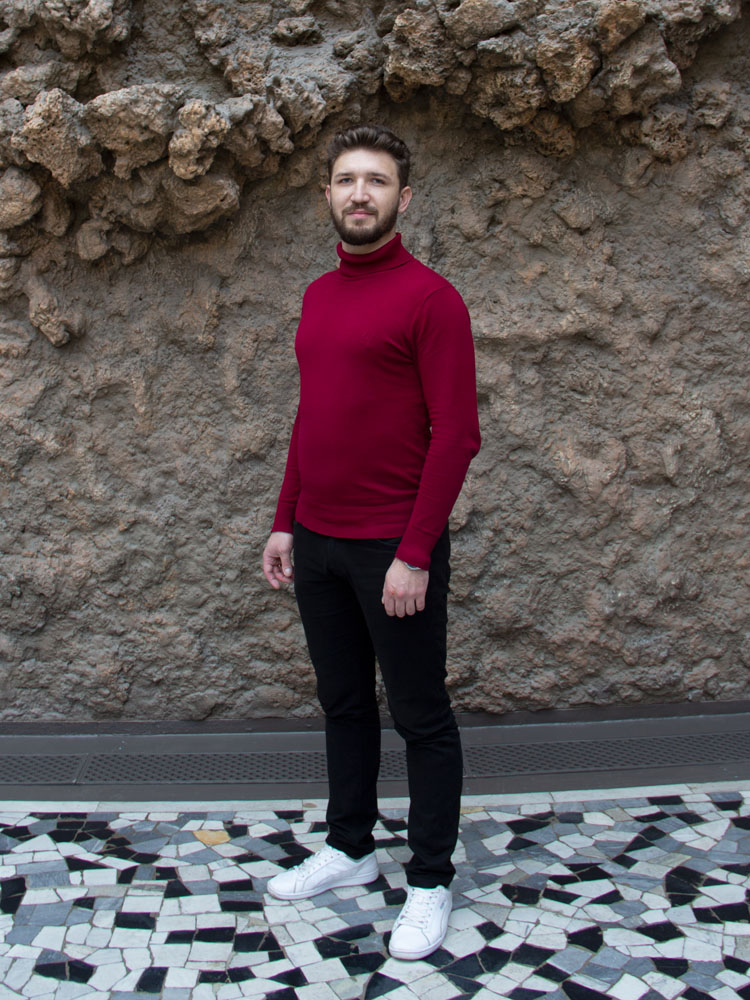 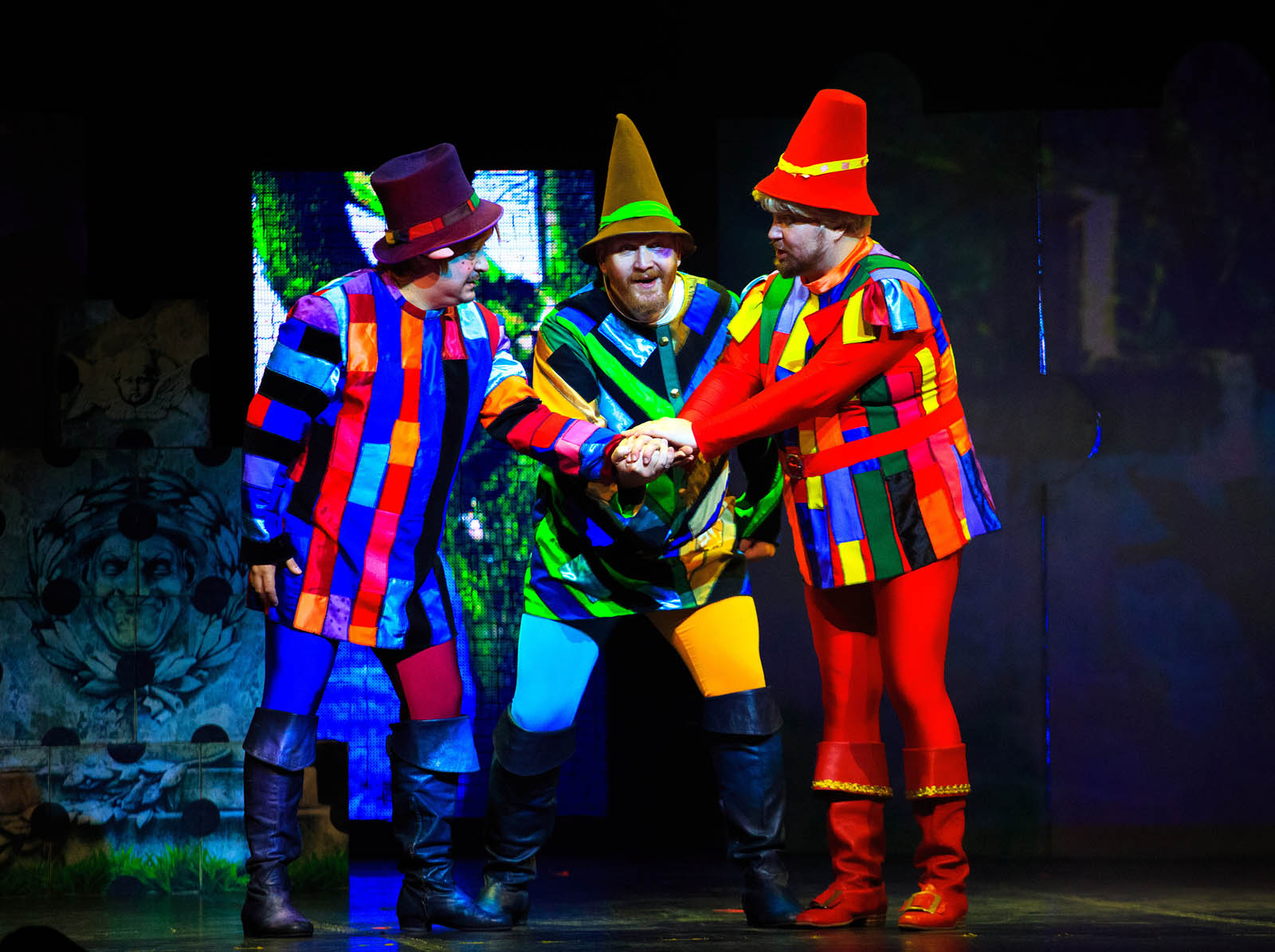 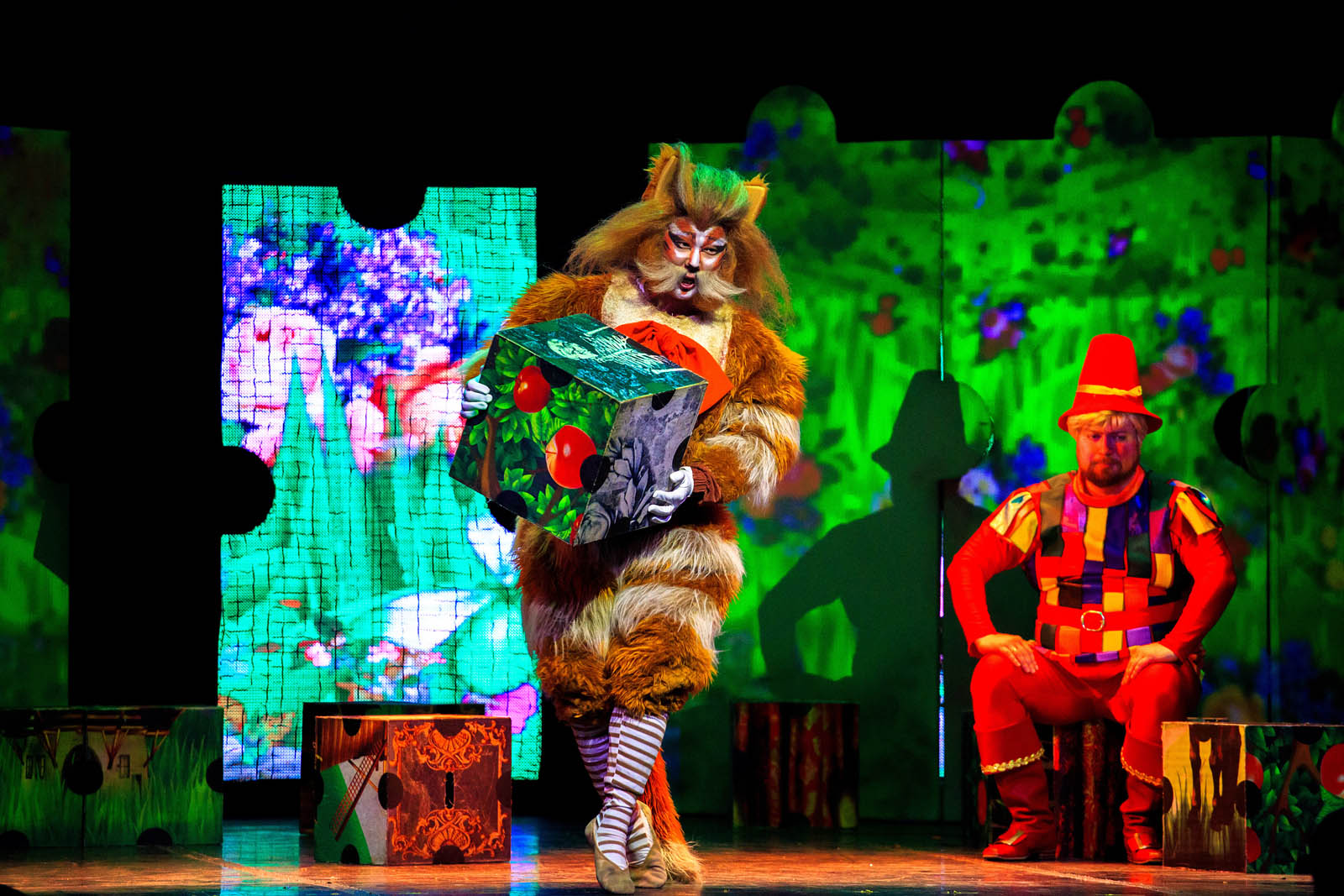 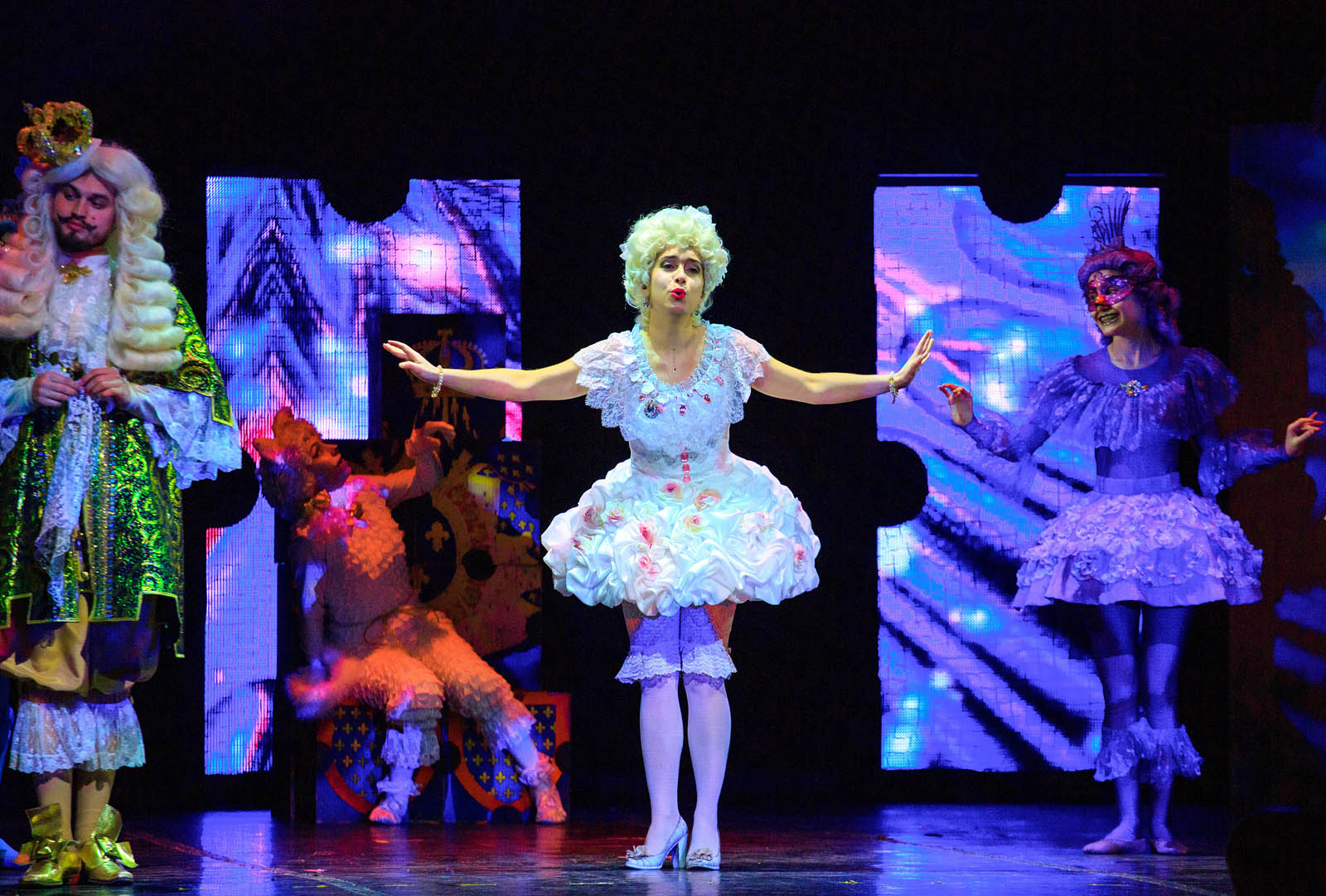 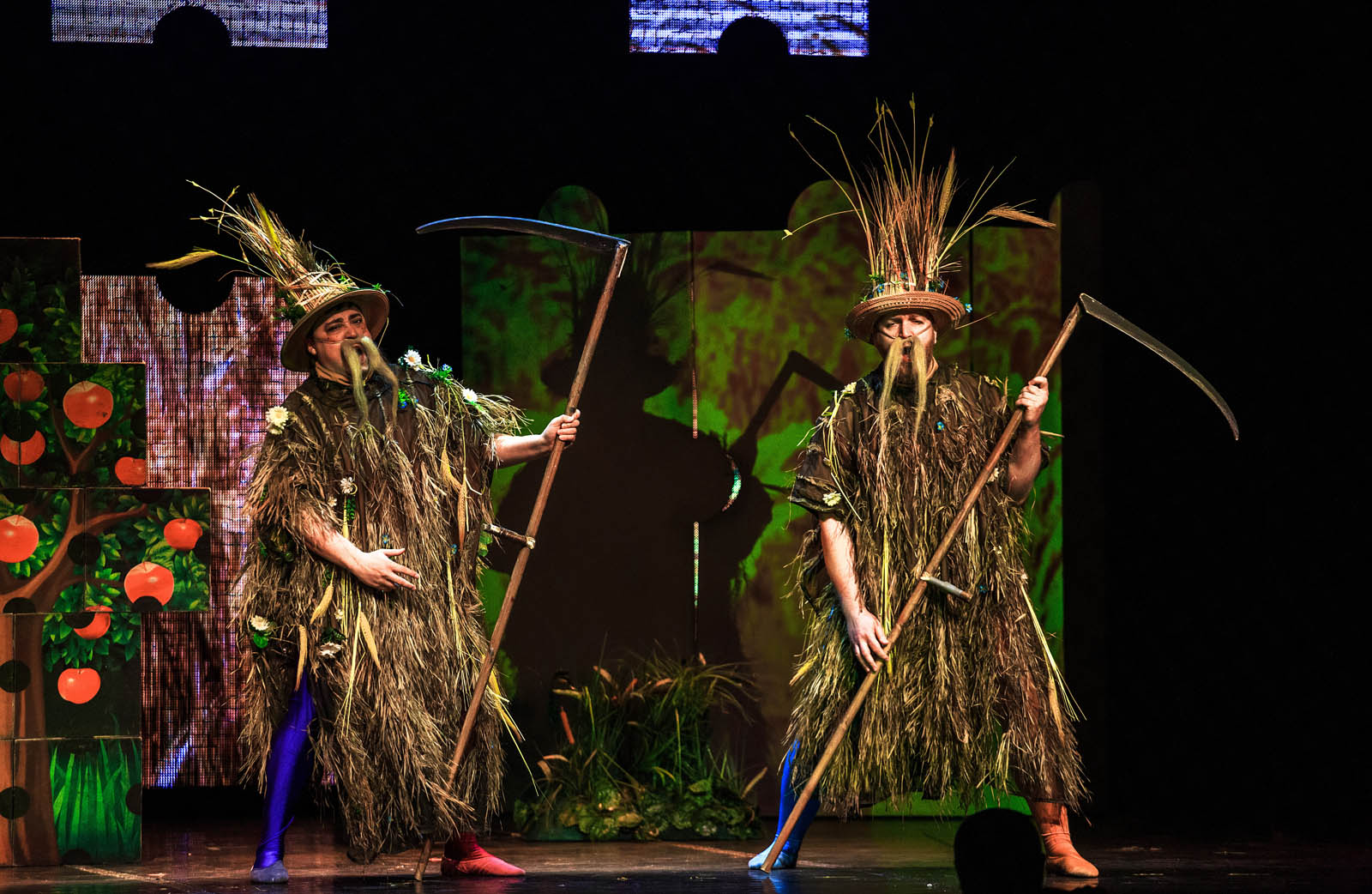 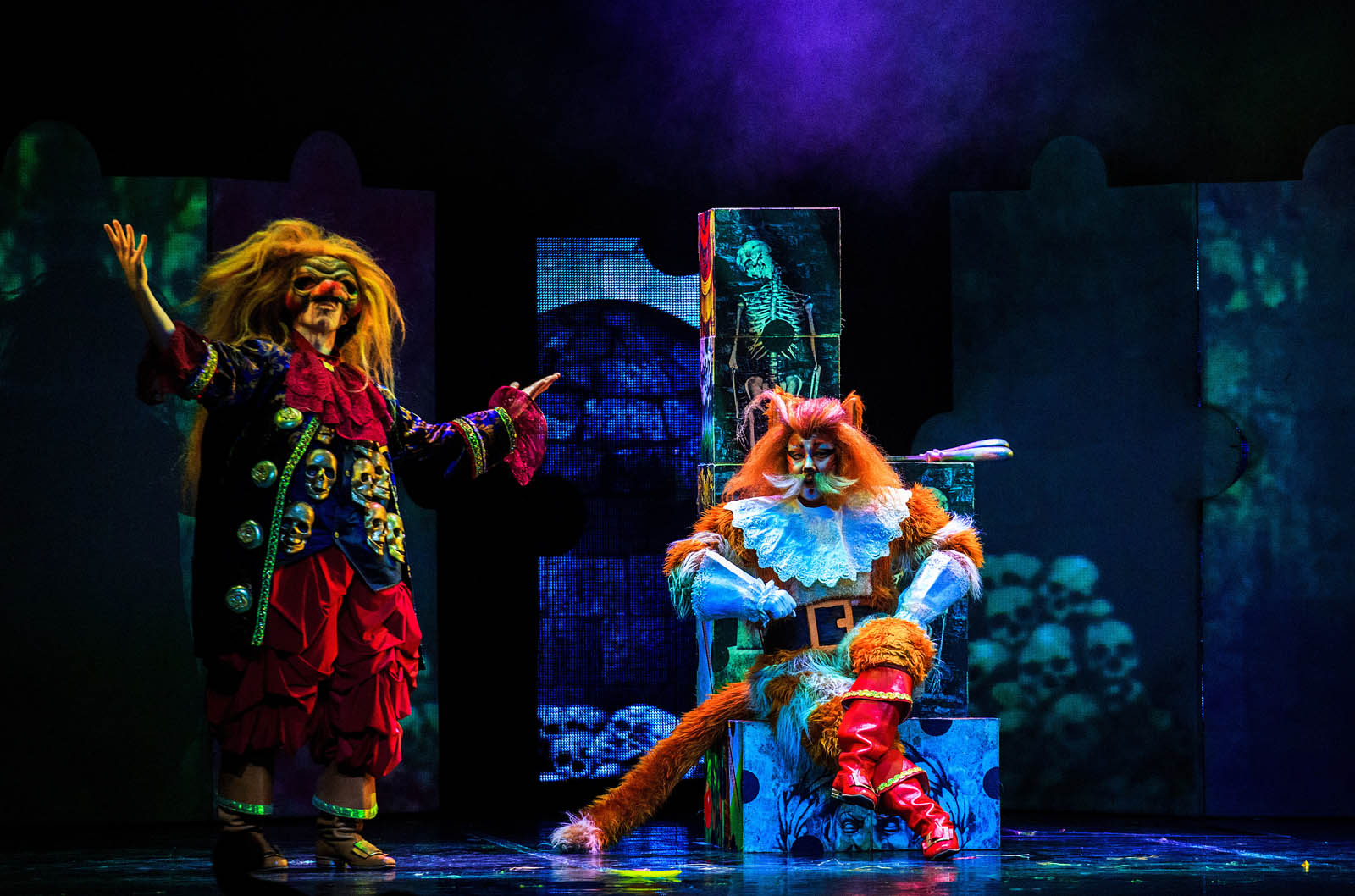 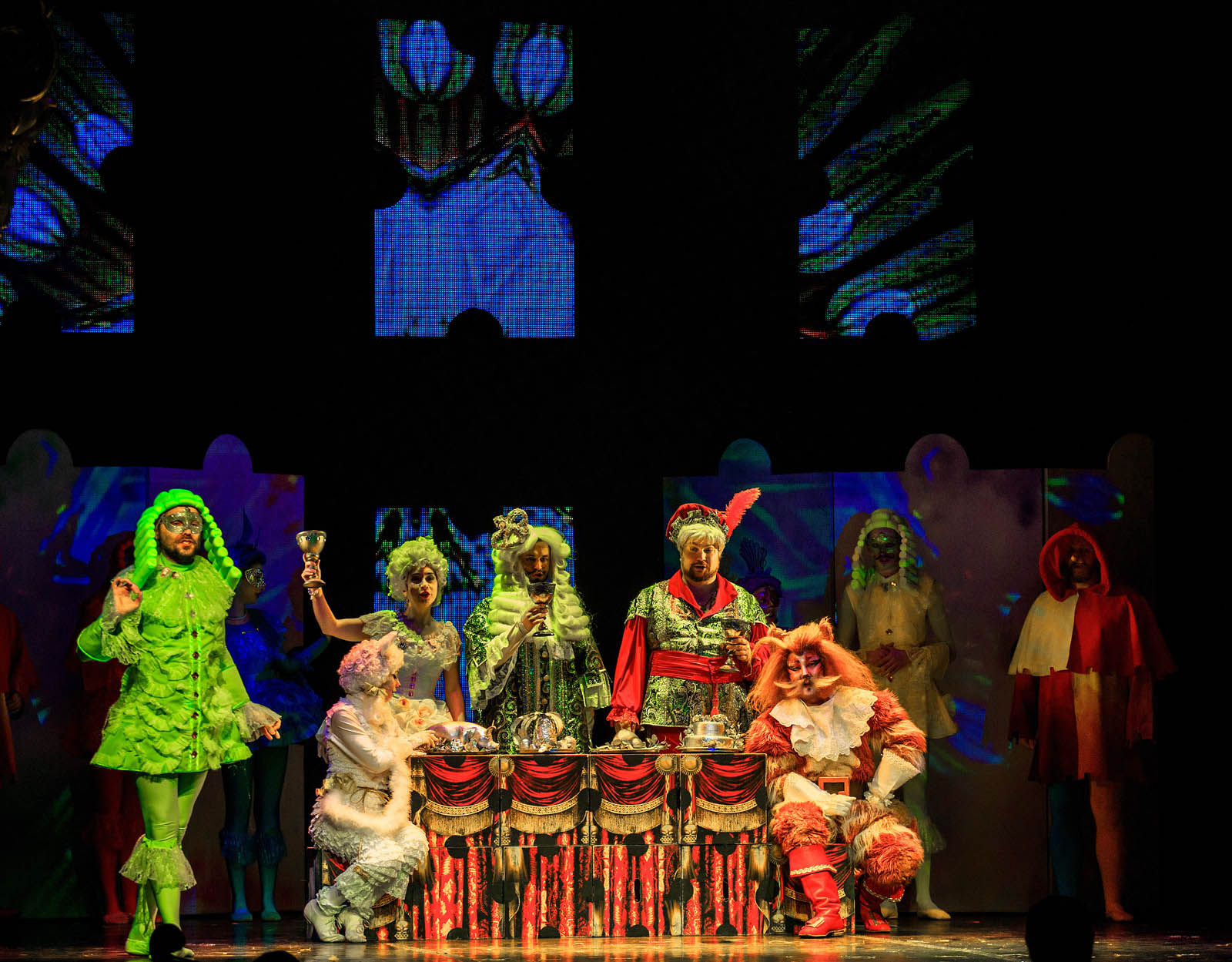 Puss in Boots by Charles Perrault is a well-known children’s fairytale performed by the St. Petersburg Opera, which has received a new theatrical embodiment.

“It is surprising that our theatre was the first to address the staging of Cui’s opera. Therefore, we are very sensitive to this production, perhaps even more seriously than to an adult opera performance.

Vyacheslav Okunev and I created our own story about the adventures of the resourceful Cat, his naive friend Jean, the greedy sons of the miller, the capricious Princess, the funny King, the terrible but stupid Ogre and many other characters.

We really hope that at our performance neither children nor adults will be bored, that they will again and again laugh at the funny situations in which the characters of the play find themselves, sympathize with them and worry with them,” Yuri Alexandrov said.

Once upon a time there was an old Miller, and he had three sons. When the Miller died, he left to his sons all his poor property: a mill, a donkey and a cat. The eldest got the mill, the middle got the donkey, and the youngest had to take the cat.
“This is good for you,” the brothers laughed, never missing an opportunity to mock Jean.
- Oh, who will answer me, where am I going to put this cat? Why is fate so angry with me? Would give me at least a donkey! - Jean lamented.
- How he cries, the fate of the curse ... - the Cat was surprised. - And it is all because of me. But why? I am a cat for glory. Trust me, master, soon your fate will change! Give me just the boots...
Jean had no choice but to give the Cat his boots.

I must say that the King of that country was a great lover of delicious food. And he also dreamed of marrying his wayward daughter - the Princess. The Princess was tired of the boring palace life. These endless feasts, obsequious courtiers and, in the end, the King himself. She dreamed of running away from the palace wherever her eyes were looking...
- They say that beyond the mountains, beyond the forests, beyond the fields where the river flows, clear-eyed and handsome, not like the courtiers, my dear lives ... - the Princess sang.
The King and Princess quarreled constantly. And now their quarrel was interrupted by the sudden appearance of the Cat in the palace. And not just Kota, but in boots. Entering the hall, the Cat made a deep bow to the King:
“Your Majesty, my noble master, the Marquis de Carabas, has sent you this rabbit as a sign of respect. Deign to accept it...
The king was very flattered and questioned the Cat in detail about how he hunted in the forest of the Marquis.
"Oh! Puss in Boots! - thought the Princess. - What amazing creatures there are in this world. How I would like to meet the owner of such a miracle! "
"Oh! - thought the Cat, looking at the Princess. “It will be a wonderful wife for my master!”
Well, the King, having heard enough interesting stories, no longer thought about anything, he just wanted to dance...

The Cat wakes up the lazy owner:
- Master, wake up! While you slept, I was at the King’s. He says hello to you and is going to visit us.
- What? The miller's son asked, waking up.
- Run to the pond, sit up to your throat in the water and wait. From now on you will be the Marquis de Carabas. But hush! Silence ... The King himself will soon be passing by...
Jean reluctantly climbed into the pond.
At this time, luckily, the Cat saw mowers working in the field.
- Dear mowers, - the Cat turned to them, - soon you will see the King. If you want to stay alive, tell him that these fields belong to the Marquis de Carabas, and I will generously reward you ...
A royal carriage appeared in the distance.
- Save! Help! The Marquis is drowning! - the Cat shouted at the top of his lungs.
- Hurry, hurry, ropes, net! - Hearing his cries, the King commanded.
The Marquis is saved. The agitated King turned to the Cat:
- Go tell him that I will be glad to see the Marquis.
- I will tell Your Majesty in response, - the Cat remarked modestly, - that my poor Marquis is completely naked!
- At all?
- At all. The robbers took away the clothes!
- In my country? What a disgrace! - the King was indignant. - The nobleman dared to offend the thief!
- Master of Ceremonies! Take off your clothes! Your satin caftan with gold, I favor the Marquis de Carabas ...
Having made his orders, the King looked round in surprise:
- Who owns this beautiful field?
- Marquis! - the mowers answered in a friendly chorus.
- Your Marquis is rich! - the King was delighted.
“I won't miss you anymore and eat nasty pies…” - the Princess rejoiced.
- Whose castle is it? - the King continued to ask.
- Marquis de Carabas, - answered the Cat. - And here he is.
Jean appears dressed in a rich dress. The King and Princess are delighted with the manner of the newly made Marquis. The king is so pleased that he offers to immediately go to his castle and arrange a banquet there. Everything is going very well, but suddenly Jean blurts out that the Ogre lives in the castle. The King and Princess are at a loss.
- The Ogre?! They exclaim.
The cat assures that this is just a joke. Calmed down, everyone laughs merrily at Jean’s wit.

Meanwhile, the Ogre was sitting alone in his castle and terribly angry because he was terribly hungry.
Seeing Puss in Boots in front of him, the Ogre was so surprised that he decided to chat with him a little before eating him.
- Why, my dear Cat, did you come to me? He asked affectionately.
“Mister Ogre, out of pure curiosity,” replied the Cat. - They say that you know how to transform into different animals, but you cannot turn into an animal that is larger than you, for example, into a lion or an elephant.
Before the Cat had time to utter these words, a huge lion with a shaggy mane appeared in front of him. From fear, the Cat’s soul went into his boots, but he overcame his fear and said:
- They also told me, but of course, I would never believe that you, a giant, can shrink to the size of a mole ... or even a mouse...
- What? Impudent! Do not believe?! - the enraged Ogre roared and ... turned into a mouse.
That was all the cat needed. Having caught up with the mouse, he caught it and swallowed it instantly.
At this very time, the royal carriage drove into the courtyard of the castle. The cat hastened to meet the distinguished guests.
- Greetings, Your Majesty, in the castle of the Marquis de Carabas!
- How wonderful the Marquis! - said the Princess.
"What a wonderful Cat I have!" - thought happy Jean.
- What a magnificent castle! - exclaimed the admiring King.
- My Marquis, I liked you so much! - continued the King. - Therefore, without much thought, without unnecessary hesitation, I will give you my daughter as your wife and together with her the treasury...
This is how the fairytale Puss in Boots ends. Everyone is happy, of course, except for the Ogre. 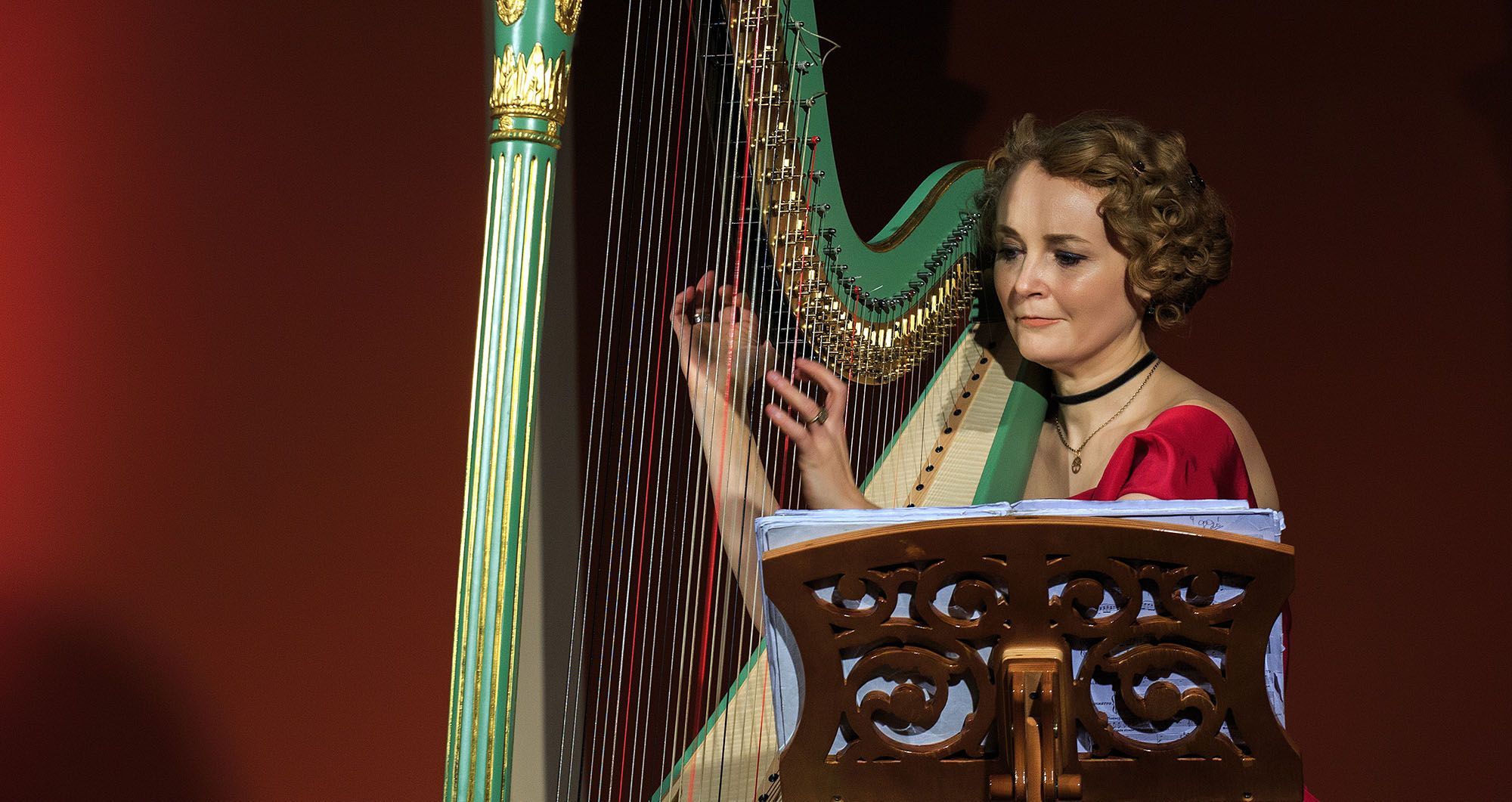 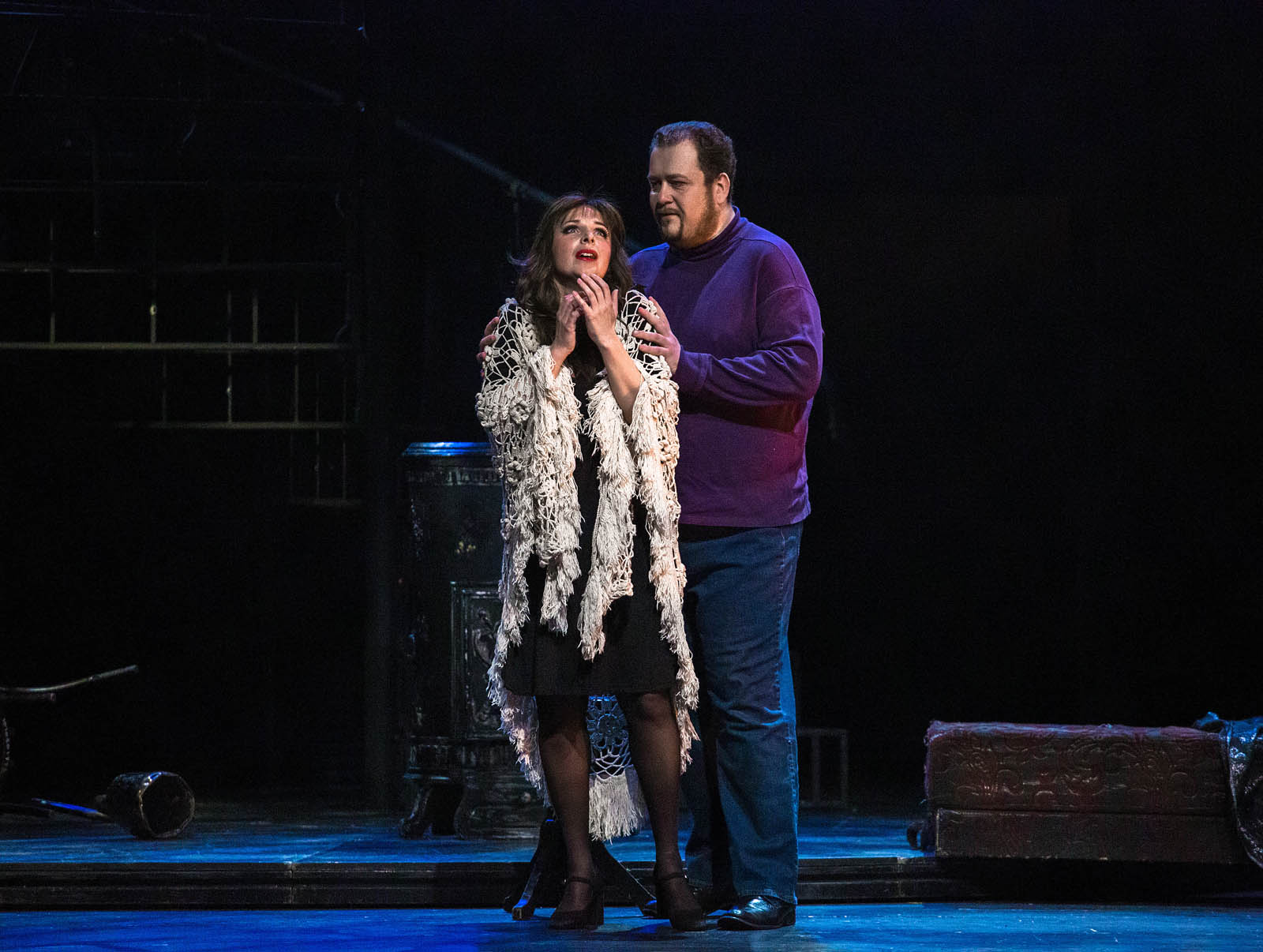