The St. Petersburg Opera Theatre was created by director Yuri Alexandrov in 1987 and immediately took a prominent place in the musical and theatrical Petersburg, and over time became known not only in Russia, but also far beyond its borders.

Before obtaining its own house, the troupe of the St. Petersburg Opera performed at numerous venues of the city: The Yusupov Palace, The Hermitage Theater, the Beloselsky-Belozersky mansion. In 1998, it acquired its own stage at the mansion of Baron von Derviz, located in the heart of St. Petersburg at 33 Galernaya street.

Originally the mansion was owned by Artemy Volynsky, a famous statesman of the first half of the 18th century and the cabinet minister under the Empress Anna Ivanovna. 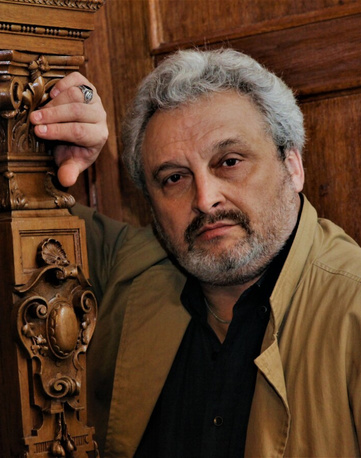 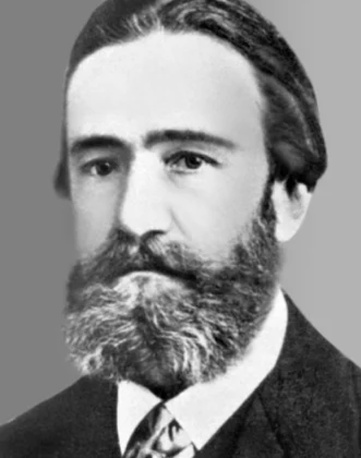 In the 1880s, Baron Pavel Grigoryevich von Derviz, a concessionaire, a railway builder and a real state councilor, acquired two houses – No. 33 and 35 on Galernaya Street. His son Sergei Pavlovich von Derviz (1863–1918), an outstanding pianist who graduated from the Moscow Conservatory, inherited his father's love of art. He generously helped students of conservatories and theatres and was also an honorary member of the St. Petersburg Dramatic Society.

In 1885, Sergei Pavlovich von Derviz hired the architect Peter Schreiber to reconstruct the building into an impressive palace of the modern era. In 1900, the third floor was built on from the side of the embankment. 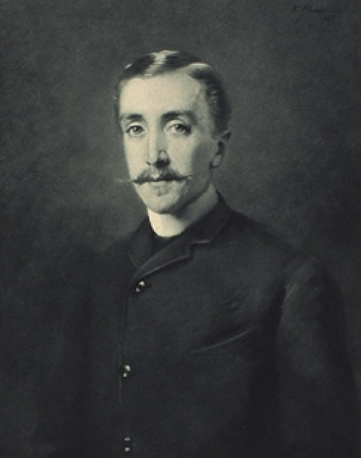 In 1903–1905, Baron A. Alftan acquired the house and again divided the site into two properties.

The new owner of the orient building, the ringmaster of the imperial court N. Shebeko continued the cultural traditions of the von Derviz and opened the Shebeko Theatre Hall.

In October 1910, Meyerhold created The House of Interludes, where he worked as Dr. Dapertutto. The productions of Dr. Dapertutto became the beginning of a new directorial style.

In the autumn of 1911, the theatre troupe went on tour to Moscow with a combined program, which was well received by critics, but financially not successful. Therefore, in December 1911, upon returning to St. Petersburg, the theatre was closed.

1917
After the revolution of 1917, the mansion was plundered and was used for various purposes in the following years. At first it hosed a Bolshevik party District Committee, then the Metalworkers’ trade union and the Estonian House of Education. Later the front side on the Neva Embankment was used as a tuberculosis dispensary and the outbuilding in the yard was occupied by a sobering-up station.
1946
In 1946, the rooms overlooking the Galernaya street (then called Krasnaya, or Red street) were given to the club of the Admiraltesky shipyard workers. The club had a romantic name Mayak meaning the Lighthouse. For years, the mansion was languishing, only by some being able to preserve a part of its unique interiors.
1998

In 1998, the building was given to the State Chamber Musical Theatre St. Petersburg Opera.

Over many years of reparation works, it was possible to reconstruct the curtain with the family coat of arms of Baron von Derviz, to revive the interiors of the mansion: the Moorish living room with gilded ornaments, the Maple living room, decorated with a picturesque panel, the Winter Garden (grotto), the Red Living Room (an example of the Italian Renaissance) and other rooms.

Even today, the restoration work has not yet been completed. The theatre management is trying to restore its former beauty to the interiors of the second building of the mansion, the facade of which overlooks the English embankment.

On May 27, on the day of the 300th anniversary of St. Petersburg, for the first time on its own stage, the theatre presented the world premiere of Gaetano Donizetti’s opera Peter the Great, or the Incredible Adventures of the Russian Tsar (original title Il falegname di Livonia, o Pietro il grande, czar delle Russie). The fact is that the score by Gaetano Donizetti was lost, and for two hundred years the opera was never performed again. Yuri Alexandrov spent more than three years searching for this score in Italy. And this work gave its results – today Donizetti’s opus can be seen only in the performance of the artists of the St. Petersburg Opera Theatre.

The St. Petersburg Opera has been upholding the traditions of the Russian repertory public theatre for 35 years. Initially, the theatre was formed as a single creative organism with a unique repertoire program. Its range covers musical works created in different genres and in different countries over many centuries: from the medieval pastoral Le Jeu de Robin et Marion to the works of contemporary authors (Russian and foreign), for example, The White Nights of Fyodor Dostoevsky by contemporary Moscow composer Yuri Butsko.

Many performances can only be seen on the stage of the St. Petersburg Opera, among them: Peter the Great, or the Incredible Adventures of the Russian Tsar by Donizetti, Russian Three, Seven, Ace... (Yuri Alexandrov's stage fantasy on the themes of operas by Russian composers based on works by Gogol), Gamblers 1942, Shostakovich’s The Little Antiformalistic Paradise, Butsko’s The White Nights of Fyodor Dostoyevsky, Shostakovich’s From Jewish Folk Poetry, and Hindemith’s Back and Forth. 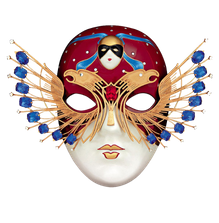 The performances of the St. Petersburg Opera are annually nominated for such prestigious Russian awards as the Golden Mask and the Golden Soffit. Among them are performances of Mussorgsky's Boris Godunov (1996), Verdi's Rigoletto (1998), Mozart's Don Giovanni (2009). The Golden Mask was awarded to the performances Gamblers 1942 by Shostakovich (1997), “The Love and Death of Cornet Christopher Rilke by Mattus (1998), The Queen of Spades by Tchaikovsky (2000), Pagliacci by Leoncavallo (2010). 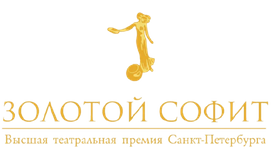 Performances La Traviata (2005), Cio-Cio-san (2006) by Puccini, Pagliacci by Leoncavallo (2010), The White Nights of Fyodor Dostoyevsky by Butsko (2011), Betrothal in a Monastery by Prokofiev (2012), The Bat (Die Fledermaus) by Strauss (2013), Shchedrin's Not Only Love (2014), Mascagni’s Cavalleria rusticana, Gounod’s Faust received the highest theatre award of St. Petersburg the Golden Soffit in the nomination Best Performance in a Musical Theatre.

Alexandrov's theatre is called director's, but Alexandrov himself says: "My theatre is acting." The director works with the vocalists, helping them discover their acting potential. His rehearsals are an exciting game, but behind this game there is a well-thought-out concept and a research work. The director always counts on the actor-personality.

Thanks to the financial support of the Government of St. Petersburg, the mansion was restored. Petersburgers have not only been returned one of the most beautiful palaces of the city, an example of European Art Nouveau in its original form, but also, thanks to the efforts of Yuri Alexandrov, they have been given the opportunity to follow the development of world opera traditions on the stage of the St. Petersburg Opera Theatre.